Fatherhood or even impending fatherhood unleashes lots of emotions in most men. For those of an artistic persuasion, emotions translate into inspiration and for those with musical talents, inspiration leads to songs. Two recent contributions to the "fatherhood" genre are from local Washington, DC singer/songwriter Collin Warren whose first baby (a boy) will be born any day now.

Of course, songwriters being inspired by the birth of their children is such a cliché that most of you are probably stifling groans (the rest are making no attempt at stifling). But, keep an open mind. For every "With Arms Wide Open" there is a "EeBoo Memo Never Forgotten One Side of Animals, Card Game (mganf2)" that -- without Dan Wilson's confession -- I couldn't have identified as a fatherhood song.

An update to the commenting system for the home page blog required removing previous comments.

An often overlooked but critical estate planning steps that need to be taken for children over the age of 18. Recent news highlight the importance of proper planning beyond health insurance.

This could be a disastrous oversight for children. When a child is younger than eighteen years old, they are a child under the law and their parents are empowered to act on the child’s behalf. Once the child turns eighteen, they have become an adult under the law and are now empowered to make his or her own decision. Parents mistakenly believe that when their child goes to college they will still be able to make medical and other important decisions for them. Under a law referred to as HIPAA (the Health Insurance Portability and Accountability Act), a parent must get the consent of the child in order to make medical decisions for their child.

An End of an Era

The very first email sent to the list was by our friend Sharon Winick on March 11, 2002. Sharon had conceived of the idea of arranging get-togethers for new moms. Sharon's initial efforts were so successful that keeping everyone informed about events became a bit of a challenge. We created a mailing list as an efficient means of distributing information about upcoming events. Sharon's second message announced the time and location of one of the group's periodic "Family Days".

A DCUM Forum post asking which DCPS schools have already lost teachers this year led to a discussion about the reality of teaching in DCPS. One post by an anonymous teacher was a real eye-opener. This is published verbatim from the forum.

I'm sorry that you are having a hard time. However, can you step back and see how arrogant you (likely) were when you started just a few weeks ago? DCPS attracts/recruits urban teaching 'veterans' who assume that they can do what DCPS teachers cannot accomplish. It drives me nuts. Every year I see you all start the year with smug attitudes and then bail. Turns out that this is a tough as hell place to teach.

I am constantly asked which threads in our forums stand out to me. I normally don't have a good answer. But, here are three that were memorable.

EFlite 10 - 15 Size Main Electric Retracts (EFLG100). This was a very short thread that most people probably didn't read and wouldn't remember if they did. But, I appreciated it because it illustrated how the website could have a positive impact on someone's life. It also validated our decision to move away from strictly parenting topics and to create forums on broader issues such as finance and relationships.

Junior's Clubhouse will be a spectacular place to play for boys and girls ages 12 and younger.

Zandt has identified a location in the Mount Vernon Triangle neighborhood in downtown DC and drafted plans for a rainforest-themed play area divided between sections for babies and older kids (up to age 12). To raise funds for securing her lease, Zandt has been running a E-flite 2626 Wing Set Taylorcraft 450.

At the Smithsonian Early Enrichment Center, we believe in not only teaching your children, but you too.

Parents are important too. 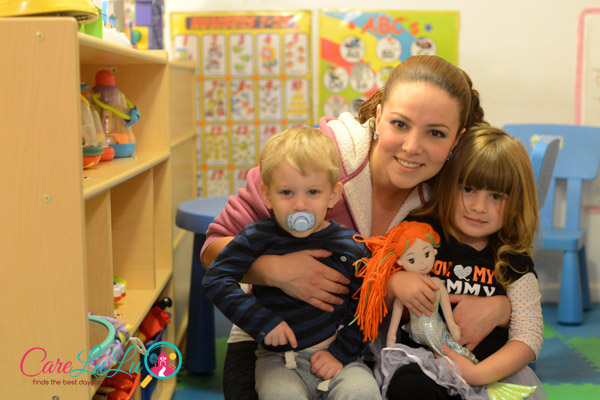 The hardest challenge is not knowing where to begin. Many turn to Google, or to friends living in their area. But every family is different and has its own specific needs, whether it’s budget, hours, teaching philosophy, or some other specific service they need for their child.

We don't always think of museums and young children going hand-in-hand, but with the right framework and just a little bit of preparation, it can be an a great experience for the whole family. The Smithsonian Early Enrichment Center is sharing some of its best tips for successful family musueum visits.

The following is a guest post from the Smithsonian Early Enrichment Center (SEEC), a museum-based early childhood program for children aged 2 months - 6 years of age and offering workshops (http://www.si.edu/seec/community) for local families.