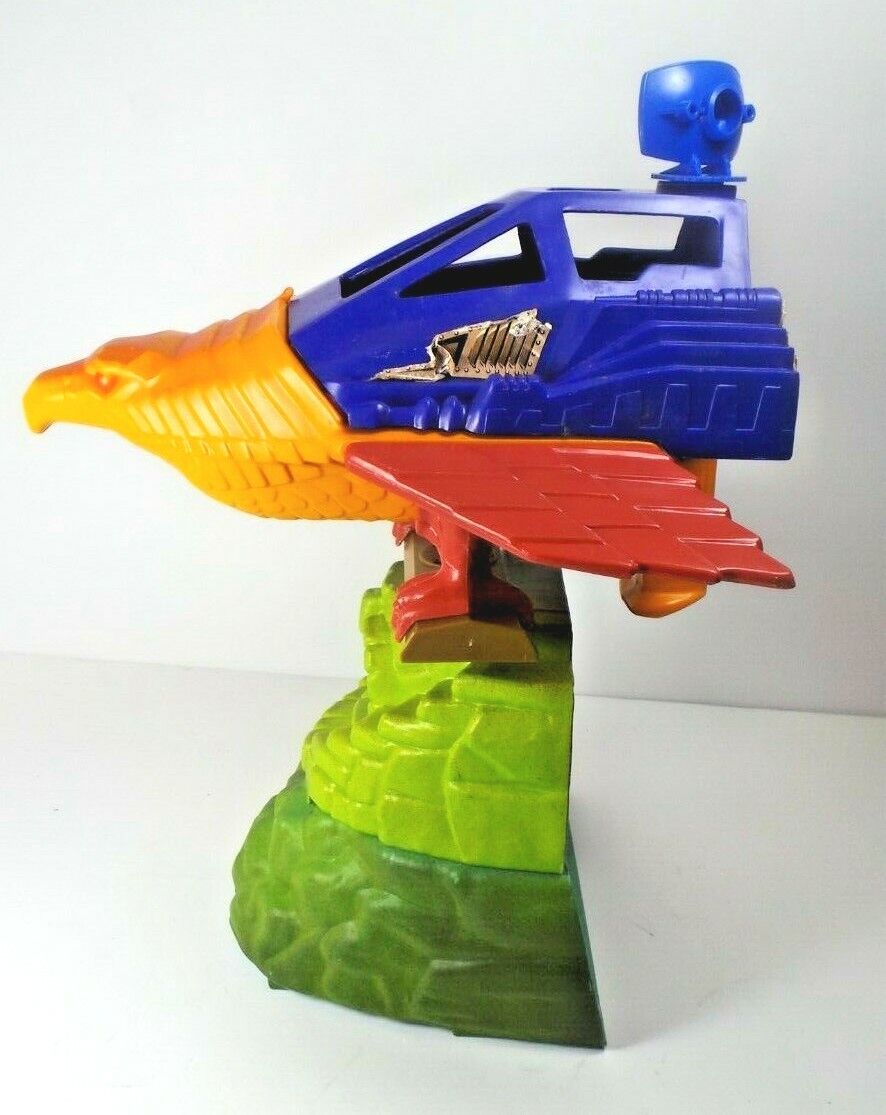 It happened at McDonalds, probably from the salt or grease or maybe that’s the same thing? It was the Egg McMuffin, hashbrown in the envelope, and coffee. I felt orgasmic elation while chewing and swallowing. I did it often, at least once a week, a religion of sorts. I was hooked and every final chew and swallow made me feel miserable and alone. I wanted more and more and when that craving seeped into the post breakfast hours, I knew I had a problem so I went to the Problems Center and stated my claim.

“McDonalds,” I said, “The Egg McMuffin to be more specific and those hash browns in the sleeve.”

“Next” said the intake counselor, shooing me off to the side and out the door. They apparently expected alcoholism, a mental disorder or drug addiction. I felt even worse than when I entered, more alienated and alone like my problem didn’t exist.

But I still had my baseball cards to manhandle, to store and stack in violent spurts, to fling against the wall, to go all Mussolini on and in the process purge my demons or at least take my mind off salt, thanks to the sugar-coated piece of cardboard rectangular gum inserted in each pack. Dealers would be no doubt be around every corner, in drugstores, pharmacies, five and dimes, ma and pa’s, just like the old days. For 50 cents, I could quickly slip into the wax pack daze again….726 or 792 cards to complete a set, enflaming my already off the charts obsessive compulsive disorder, but a cure for boredom, a fuck you McDonalds and your salt. I would have something bigger and sweeter – sugar, baseball cards. I would be released into something else, into a cardboard craze like when I was a kid.

My favorite card of all time was a Topps 1980 Gorman Thomas, favorite not because he’s squatting on the grass, bat aimed down, donut at the end, Gorman with that golden lion look, the handlebar moustache, long hair, and ready to go, ready to face anyone attitude…..all that’s cool, but it was my favorite card for a different reason, favorite because I couldn’t get it.

I bought up the whole fucking Bears Pharmacy, wasted all my paper route money and still no Gorman and I was growing up in Milwaukee at the time, weird, no Topps regional loyalty. I got every other card in the set, but no Gorman. The summer passed and eventually I got it, don’t remember much more, other than standing on cement and feeling a sense of relief.

That was a long time ago, but the cure was real. Why not today? Because something happened to the hobby. I don’t write for the economic herald so I won’t even begin to try to unravel what went down. The only thing I know for sure is that more sets were introduced and the price of cards went way up. Fast forward even more years and some cards are available only on-line and only during a short window of time. A clever idea to immortalize a moment, but what the hell can you do with a digital card?

The other day I get an email from a friend. He lives in Vancouver, Washington. He sent me an article about a baseball card bunker paradise. Some guy is opening up a vault and charging people a percentage to store their cards for that futuristic day when the cards will be worth something.

I’m more communist than anything else, not the corrupted version, but the kind that gives everyone healthcare, taxes the rich more than the poor and so on. I don’t like this bunker baseball card idea. It screams of more baseball cards as an investment. I get the idea of preserving the cards as historic relics like cave paintings or ancient Mesopotamian texts. I guess the investors with glass do just this but at what cost? I thought the fun was buying massive amounts of cards, trying to complete sets, trading on street corners if need be, and yeh, they might get damaged, but let me ask you a question…

Would you rather have a hoe stained by saber-toothed tiger blood or a hoe in perfect condition?

There must be a balance between private vaults perfection and Jefferson Burdick who not only invented the number system on the backs of cards, but didn’t protect the cards in sleeves or plastic. He did the adult equivalent of cards stuck in spokes and flipping them against the wall, as they should be maybe because nothing really lasts forever unless people want to go all mummy like and be buried with their cards. Hey that’s not a bad idea, not to be mummified with the cards, but bury them in a suitcase for some future gang of kids to discover. But then they’ll take them inside and mom and dad will say,

Ah screw it, I’m going to buy an egg McMuffin for breakfast.

2) But who cares about charisma, wearing woes on your sleeve, and all that. Jesus already died on the cross. In 2017 Santana demonstrated tremendous opposite field power….tremendous!

2) He also did a damn good Mike Hargrove imitation, messing with pitcher’s mound mind to the like of 4.10 pitches per plate appearance, good enough for 24th in all of baseball.

Yeh sure he slumped in 2018 but what the hell did the Brewers expect? They forked over their top prospect to get Christian Yelich and signed Lorenzo Cain…..good moves, great moves, took them to the brink of the World Series, but a big screw you to Santana’s 30 home runs the previous season.

Either way, here’s to you Domingo, you were here and now you’ll be there, in Seattle. The Suicide Crew will be watching and know that nothing lasts forever, everyone destined down the drain, Ted Williams came and went, Tony Gwynn too….

One witches tit-booger freeze-dead of winter day, they slipped into their avocado boots and ducked down into the subway catacombs. There were four of them. They arranged it that way…four corners…..Fuck Bi-Polar. They were Quatro-Polar.

They called it Operation Flipskin.

The weep and wails of mothers echoing in the subway chamber began to fade fast. The Suicide Crew marched on, towards Peoria, Rockford, Beloit, Janesville, and parts unknown, all the way to Milwaukee, home sick as they may be; they made it, upturned sewer cap and all, right there, they arrived in front of the Historical Society on some such downtown streets and what a surprise to find a plaque commemorating the birthplace of the American League, the words chiseled forever or until water wears it all away.

“On the night of March 5, 1900….” and so on, a bunch of bigwigs including Connie Mack and Ban Johnson met to flip off those self-righteous National League bastards and establish their own league.

Anyway, he’s in the HOF now and well, i don’t really care, in or out, like a belly button, don’t matter to me. I’ll still love his humble attitude. Ozzy Guillen said the two of them once drove from Chicago to Milwaukee and Baines didn’t say a word and what about all his game winning rbi’s! When did they stop keeping that stat? I remember him having lots of them. Then there’s him as a DH, Power Rangers Operation Overdrive DX Battlefleet Megazord Boukenger Sentai Power Rangers Samurai Shinkenger 9 Figurine Complete set Rare Power Rangers Super Megaforce 5” Action Hero Figure Legendary Set Update 3 18 19

I find life’s riddle, sometimes anyway can be solved by keeping busy and what does a dh do? Watch film of pitchers? Do a crossword puzzle? Pick their nose? There’s no option of running around the block or working an 8-4 or writing a novel unless you’re Jim Bouton or Brosnan but they were pitchers. Cut off your eye brows? A DH sounds both boring and hard. Baines did it and hit well or well enough.

The Brewers beat the Dodgers last night. It was Friday the 19th and 19 was the number worn by Brewer’s shortstop Robin Yount in the 1982 World Series.

So now there will be a game 7 of the National League Championship. It’s set to be played tonight, Saturday, October 20th. That was the number worn by Brewer’s center fielder Gorman Thomas. He also played in the 1982 Series.

First pitch is set for 8:09. Add the numbers, 8+9 and you get 17….the number worn by Jim Gantner who you guessed it also played in that 1982 Series, as the Brewers’ second baseman.

19.
that’s the number Robin Yount wore in 1982…last time the Brewers were in the World Series. I think I’m repeating myself, but they won the other night when the game’s first pitch 7:39 added up to 19 and well, they’re playing tonight on the 19th of October and in desperate need of a win, down 2-3 to the mighty Dodgers.

Steely Dan’s Hey Nineteen song was released in 1980, the same year the Brewers acquired Ted Simmons, Rollie Fingers, and Pete Vuckovich from the Cardinals in probably the franchise’s most significant trade of all time….significant because all three players were instrumental in the Brewers winning both in 1981 and 1982.

And that song, Hey Nineteen, ran on the charts for you guessed it…19 weeks.

Rockies manager Bud Black said he was proud of his team, that they played hard to reach the playoffs. Then they went out and beat the Cubs in 13 innings to win the wild card and a chance to play Milwaukee in the next round.

Speaking of which, Brewers manager Craig Counsell said he had one thing on his mind – the World Series.

My book of short stories…click to purchase

Not baseball, but still